Currently we have volunteers operating in healthcare and prisons, and we are looking to expand this offering to the armed forces, universities and other places in need of non-religious pastoral care. We work with the key governing bodies of these institutions, currently NHS England and the National Offender Management Service, to increase equality and strengthen care provision at a strategic level.

Our work in prisons

Non-religious prisoners can be isolated by the lack of likeminded support available to them, choosing not to engage with the religious provision on offer. Often they have issues which are designated as legal or health related but are often also in need of supplementary pastoral care, especially in cases involving bereavement or other personal difficulties. Similar to the provision in hospitals, family members of prisoners and prison staff, are able to access our service and receive support.

Our work in hospitals and hospices

Spending time in hospital or in a hospice can be a difficult experience for patients, carers, their friends and families, at times it can be emotionally challenging for staff, regardless of their worldview. We believe it is imperative that everyone who enters one of these institutions is given the choice to speak to someone who shares their beliefs. We also recognise that sometimes the belief system of a care provider may not be relevant to the recipient, which is why our network members do not exclusively support the non-religious but all people in need. Our person-centred approach has ensured that many patients, families, and staff with a wide range of religious and philosophical beliefs have already been supported, who before now simply would have missed out. The presence of our network members within pastoral teams, has also meant that many non-religious people who may not have used the service in the past, have done so for the very first time because of the availability of likeminded care.

It is not uncommon for those serving in the military to deal with a range of difficult experiences and complex emotions, such as a sense of loss and bereavement.

Service personnel, both current and retired, therefore often want or need pastoral support when processing the reality of conflict zones, and the complications that come with returning home.

Given that it is currently estimated that between 25% and 51% of people in the UK are non-religious (Census 2011), it is of great importance to supply the armed forces with non-religious pastoral support. Non-religious care seeks to provide soldiers and other military personnel with support which echoes their beliefs and convictions, by putting trained, non-religious people in contact with those in need of pastoral care

There are significant pressures and personal difficulties associated with the move from home to university, with many students experiencing high levels of stress and other emotional hardships at some point while studying.

While many university students have access to counselling services, with additional pastoral support in the form of chaplaincy, there is often no non-religious alternative. Given that the proportion of young people who have no religion is estimated at around two thirds of the UK population, it is clear that a large proportion of students do not have the ability to seek non-religious pastoral support.

It is our goal to provide students, who are subject to prolonged periods of stress, with support appropriate to them, given the declining popularity of religion in this age group. As such, non-religious pastoral providers are indispensable components of the overall support plan of many students. 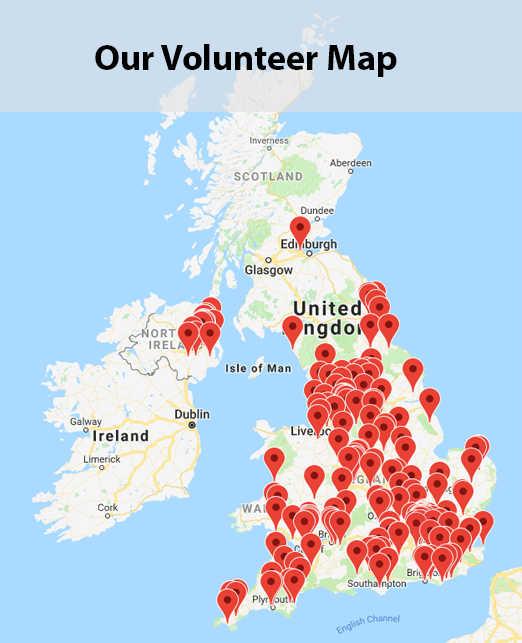 We are a network of people who provide non‑religious pastoral support.

We encourage and support our volunteers, whilst engaging with relevant bodies to ensure the equal provision of care for the non‑religious in institutions throughout the UK.

All our accredited members provide support in institutional and community settings for free. We are only able to offer these services thanks to the generous donations of our supporters. Please donate now to help us reach those in need of our service!